The Stations of the Cross 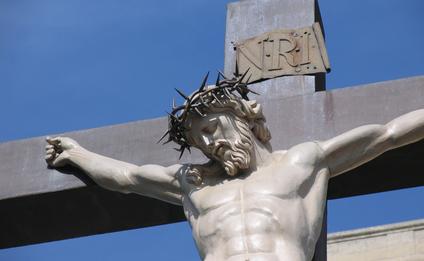 To understand why we do Stations of the Cross I offer the following on the historical development of the practice.

In the Fifth Century, according to St. Jerome, we know that pilgrims coming to Jerusalem made the Stations of the Cross.  There is also evidence that they were found in a few churches in Europe.  Pilgrimages to the Holy Land were a common penance.

In 1686, Pope Innocent XI granted the Franciscans permission to erect the Stations in all their churches with the same spiritual benefit as for those making the pilgrimage to Jerusalem.  Then, in 1726, Pope Benedict XIII extended the spiritual benefits to all.  Originally the number of stations varied but in 1731 the number of Stations was fixed at Fourteen.  Finally, in 1862, all bishops were given the right to erect Stations of the Cross in all their churches.

Here is a table listing the fourteen stations.  Some versions add a fifteenth station, the Resurrection.  The official number of stations remains at fourteen.  Fourteen is the number of generations in the genealogy of Jesus from Abraham to David, David to the Exile, and from the Exile to Jesus as told in Matthew 1.

Scriptural References for the Stations of the Cross

1.  Jesus is Condemned to Death

8.  Jesus Consoles the Women of Jerusalem

10.  Jesus is Stripped of His Garments

11. Jesus is Nailed to the Cross

13. Jesus is Taken Down From the Cross

It has been a custom in recent years for the pope to choose a person to write a new set of meditations to be used for Stations of the Cross on Good Friday in Rome. Here is a link to those meditations.

Bibliography For Stations of the Cross