The Sacrament of Marriage 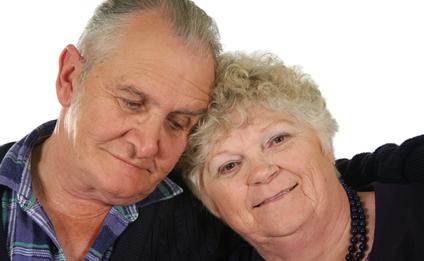 Marriage is one of the Sacraments of Service. The love of husband and wife is a witness of God's love for us, the "marriage" between Christ and the Church.

Marriage has two purposes; unity and procreation. Procreation is the birth or adoption of children and the raising of them as good Christian disciples. It is the care you give your children and teaching them to be good people.

One place to begin a discussion of the Catholic understanding of marriage is with scripture. One might first look at the passages in the gospels where Jesus discussed marriage and divorce (Matthew 5:31-32, Matthew 19:1-12, Mark 10:1-12). Without a doubt, marriage is meant to be a lifelong covenant. Marriage in the eyes of God and the Church is not simply a legal contract between two parties agreeing how to act towards one another. A legal contract exists to tell how two parties will act towards each other. If one party fails to uphold the contract, it is broken. The marital covenant does call for the spouses to treat each other well but it is not a legal relationship. It is a relationship based on love; the love of male and female and the love of God. The model for the marriage covenant is the covenant God has with his people. Humans have failed to fulfill our part of the covenant to live as God calls us to. God would be justified in walking away from his people but God does not. A covenant, including a marriage covenant, is made for better or for worse, in good times and bad, and God doesn't not withdraw his love for us. That is how a marriage is meant to be.

Another foundational passage from the Bible for marriage is Genesis 2:18-25. Verse 18 speaks of our need to have a "suitable partner." Verses 24 and 25 speaks of the two becoming one and being naked and feeling no shame. This two becoming one is intimacy. Intimacy is not simply physical sexual intercourse. Intimacy is the two sharing the wholeness of who they are. The first part of the marriage vows ask do you give yourself freely, meaning are you willing to share who you are with your spouse. Then the spouses say to one another, "I take you." Both spouses say that they both give themselves and take the other - it is not just the husband taking ownership or dominion over his new wife. When spouses give themselves it is not a partial giving, sharing only what you wish to. The giving and taking is not as long as you feel like it. It is giving and taking of the whole person. Intimacy is sharing your wholeness. Physical Intercourse is just one way of expressing intimacy.

Jesus is the ultimate example of total giving of one's self. The example is the Crucifixion. Jesus shows us how far his total love for us on the Cross, willing to die for us. This is the same total giving spouses are to offer one another.

The intimacy we seek, the "two" becoming one flesh is shown in the Trinity. The Trinity is three persons, Father, Son, and Holy Spirit, yet they are one. We experience them as three different persons yet they are completely one with each other. Is our love for one another perfect? No, only God is perfect but God gives us the example to follow.

One of the passages in the list of suggested readings for weddings is Ephesians 5:21, 25-32). Most couples do not choice this passage because of verse 22 saying "wives should be subordinate to their husbands." Yet, it is an important passage in understanding how husband and wife should compliment one another. To begin with look at the previous verse where it says "be subordinate to one another." Then it goes on to, yes speak of the husband as head of the household but it also speaks of the husband loving his wife. It speaks of the two becoming one flesh. The giving in unity of husband and wife to one another is mutual submission. As you prepare for living your marriage vows think about what each of you are good at. You each have special gifts. How are you called to share your gifts with each other, working together in love?

These are the basics of a Catholic understanding of marriage. These can be some lofty goals. If we see marriage only as a legal relationship between two people that can be ended whenever one of the spouses decides to leave the relationship, then one will not put the effort into the relationship. The vows are, "I, N. take you, N. to be my husband/wife.  I promise to have and told, from this day forward, for better, for worse, for richer, for poorer, in sickness and in health, until death do us part."

As I said at the beginning, marriage is a sacrament but it is only a sacrament when both the man and woman take the wedding vows seriously, giving themselves to one another until death.

For Further Reading on Marriage:

"LORD God said: "It is not good for the man to be alone. I will make a suitable partner for him.""