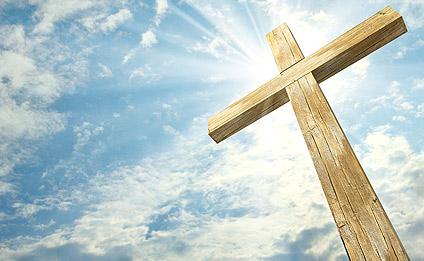 On November 27, 2011, the First Sunday of Advent, we began using the new English Translations of the Mass. You might be thinking, "Didn't we just have changes in the Mass a few years ago?" Yes, we did. In 2003, we implemented the new General Instruction of the Roman Missal. That made some minor changes in the way we celebrate Mass.

This time nothing is changing about the way we celebrate Mass except some of the words. In the English translation, some of the words will seem very different. The official text of the Mass is written in Latin. In 2000, Pope John Paul II issued the third edition of the Roman Missal since the Second Vatican Council. There were some minor corrections and additions from the second edition that we have been using since 1985. The additions include the Eucharistic Prayer For Various Needs and Occasions that was written in 1974 for a Swiss Synod and approved in its current English Form in 1994. The other major part of the additions are prayers for many of the saints canonized since the approval of the second edition.

So, if the Latin text hasn't changed much, why is the English changing? The understanding of how we translate the text has changed. In 2001, Pope John Paul II issued Liturgiam Authenticam with new guidelines for how the texts are translated. Immediately following the Second Vatican Council, the technique for translating was dynamic equivalence,meaning that it was not a word for word translation. Dynamic equivalence tries to keep the original meaning of the text while being free in the wording, sentence structure, and grammar. One of the problems of this was the loss of recognition of how some of the prayers come from scripture.

An example of this is found in the prayers at Communion.  Currently, the priest says “This is the Lamb of God who takes away the sins of the world.  Happy are those who are called to his supper.” Then we all say together “Lord, I am not worthy to receive you but only say the word and I shall be healed.”  Our response will change to “Lord, I am not worthy that you should enter under my roof, but only the word and my soul shall be healed.”  When I first heard the “roof” part, I thought it sounded strange but then I realized it came from the story of the healing of the Roman Centurion’s servant in Matthew 8:5-13.

With this in mind, Liturgiam Authenticam called for a change in the technique of translation to formal equivalence. Put simply, formal equivalence translates the text word for word. Of course, if you translate word for word completely, the grammar would become awkward because of different word order in Latin versus English grammar. So, the English text is changed to be correct English grammar. This was taken very seriously with even poets serving on the translation team.

This might seem trivial. Is it worth the effort that has gone into the new translations? Words are important. For the sample texts I have seen for the opening prayers, the substance of the prayers is much better. The Catholic Church has a saying in Latin, lex orandi lex credendi, "what we pray is what we believe." The wording is important to accurately express what we believe. This the third translation since the Second Vatican Council and each translation has been an improvement over the previous.

While the changes are not that big, we started preparing for it a full year in advance. Why? We could have waited but we started early for two reasons. First, people tend to be more open to change when they know it is coming than when change is throw at them with no advance notice.

If you would like to learn more about the Mass check out the following:

My homily on the

From Our Web Site